ABOUT DOCTOR: He has worked in Ireland in the “IRISH TRAINING PROGRAM IN OTOLARYNGOLOGY/HEAD & NECK RECONUSTRUCTIVE SURGERY” for three years training program at register level which was sponsored by the Royal College of surgeons Ireland. Before that he has worked as a SHO in Southend General Hospital in Derby Royal Infirmary. After coming back in Bangladesh he has joined in BIRDEM as a head of the department. He is the founder and organizer of the ENT Department of BIRDEM. He is the pioneer of Endoscopic Sinus surgery in Bangladesh. Now he is doing all sorts of routine as well as complicated procedures of ENT 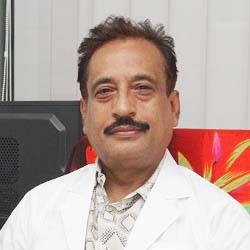